Being a new mom can be so overwhelming. Especially if you are the first out of your group of friends to have a baby, like I was when I had Henry. There are so many devices, gadgets, toys, etc out there to choose from that it can make your head spin. Thankfully, if you do the right looking around, you can save some money with Best For Mums on some of the most vital and sought after baby products out there. When we first registered while pregnant with Henry, our list was insane. Now that I have Evelyn, I realize that we hardly bought any newborn items this go round and quite a few were left over from when Henry was a baby. (there are still a few things that we have never used).
Aside from bottles, breast pumps and formula, here is my absolute must haves for newborns to get you through the first 12 weeks. 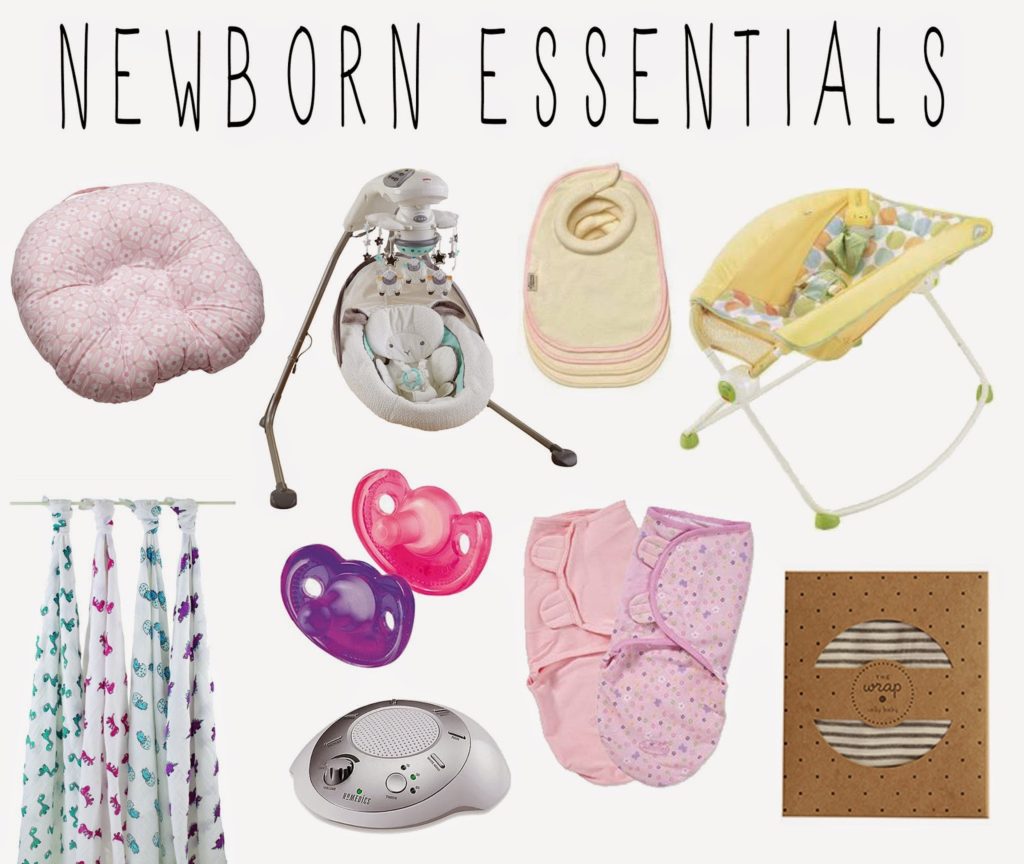 Baby Carrier – We love the Solly Baby Wrap. I never wore Henry for a few reasons: I had no idea these wraps existed until after he was too big to wear and since he was my first I wasn’t chasing after a toddler or multitasking as much so my hands were always free. I am baby wearing a lot with little girl since she will probably be my last baby (sad face) and I want to cuddle her as much as possible. There are a lot of choices out there when it comes to carriers, and whether you have a single baby or twins, you can always find which double carrier Baby Monitor Town recommends or a guide on which sling wrap is right for your baby. Plus I can still type on the computer, fill a sippy cup and change a diaper all while having her close to me.

Bibs/Pacifier – These bibs are the most practical on the market. They are super soft, neutral colored and easily velcro in the back. My favorite part is the dribble catcher at the neck to catch any milk that likes to drip down into the babies neck, which is disgusting and smelly. As far as pacifiers go, get a few and see whatever one your baby takes to but do yourself a favor and GET A PACIFIER. It is a lifesaver.

Boppy Lounger – This is the #1 must have that I recommend to all first time mothers, and even 2nd time moms. Henry took almost every nap in there and would lie there in bed with us while just hanging out. (Evelyn does the same). It’s the perfect little pillowy bed for brand new babies and Henry used his until 8 months.

Velcro Swaddles – More secure than regular swaddle blanket which means no little hands and feet get out at night. This has been a godsend for us for both babies. We use it only at night so she knows it’s time to sleep for more than a few hours.

Blankets, Blankets and more Blankets – This is pretty self explanatory. We use blankets so much around here and they are constantly being dropped on the ground during walks, left in the car seat, used to wipe spit up, and being loved on by my toddler. Needless to say there are more in the hamper and washing machine then in the closet.

Rock N Play – Perfect for babies who have reflux and spit up a lot (like my newborn). The design also makes the baby feel like they are being hugged and held upright. It’s also light enough to carry easily from room to room. We keep ours in the master bedroom and I can move into the bathroom when I need to shower and also put next to my bed during nap time.

Swing – This isn’t really a shocker. Everyone will tell you that you need one. We actually have three in our house 🙂

Sound Machine – Henry still sleeps with this same sound machine on the white noise setting and so do we at night (since Evelyn is in our room, she hears it as well). It’s cheap, portable and durable. There are other sounds too but we only play it on white noise. I also recommend getting the Pure White Noise CD Sampler from iTunes so there are tracks on your phone for car rides and when you’re out and about. The hair dryer and vacuum cleaner are baby magic. Don’t bother investing in a white noise app because you won’t be able to do other things on your phone and still have it running.

{a little throwback to her first few weeks of life in two of her favorite apparatuses}
Now here are a few items that I think are a complete waste of money (speaking from my own experience of course. These may come in handy for others).
Bassinet – Henry slept in our room until he was 6.5 months old. By then our pediatrician said he was old enough for cry it out and he could also roll over both ways, so I felt confidant in moving him into his crib. While he was in our room, he slept in a bassinet next to me until he grew out of it within a few months. We then switched to a pack n play with the bottom raised up. That is one of the best features of the pack n play. Your baby is high enough for you to reach and he also has room to grow and move around. I also don’t know a single mother out there who doesn’t own one or hasn’t registered for one. So please don’t spend $100 + dollars on a pretty bassinet that you’ll use for 3 months. Evelyn is 10 weeks and has been sleeping in the pack n play next to me since her first night home.
Wipe Warmer – we used this for baby #1 because we thought “wow what a cool idea!” like many first time parents, strolling through the isles at Buy Buy Baby. However Henry didn’t notice the difference and it was just another clunky item taking up space on the changing table. Evelyn doesn’t mind getting her diaper changed so the warm wipe would probably just relax her more and she would wind up peeing all over the changing pad.
Dreft Laundry Detergent – Ridiculous. Baby clothes don’t need baby laundry detergent. Besides, the makers of Dreft don’t even list the ingredients on the bottle or their website. How sketchy is that? Wouldn’t you like to know what is washing the clothes going on your brand new babies skin? (You can find them online here, click under “The Bad Stuff”). EWG also gives them an F score. Wash baby clothes in the same detergent you already use, it’ll save time since you can combine loads.
Bottle Sanitizer – One more bulky item taking up room in your already cluttered kitchen. Sanitize bottles and parts in the dishwasher.
Fancy Burp Cloths – I’m sorry new moms, but please do not spend $30 on a piece of fabric with hearts on it that your baby is going to throw up all over! Get a pack of the Gerber cloth diapers. They last longer, are cheaper and you can bleach them if need be.
I hope these lists help some new moms out there 🙂
Weekend Wrap Up
Easter Goodies