This past weekend we took Henry to see the Easter Bunny and I was fully prepared for a Santa-like meltdown. Suprisingly he had no problems with the giant bunny and we even got a smile. I don’t even think Henry realized he was sitting on a large bunny until the photographer was trying to get him to smile so the bunny put his big paw (?) on Henry’s arm. He looked at the paw, then up at his face, and then turned to the photographer and smiled. It was the cutest little “aha” moment. 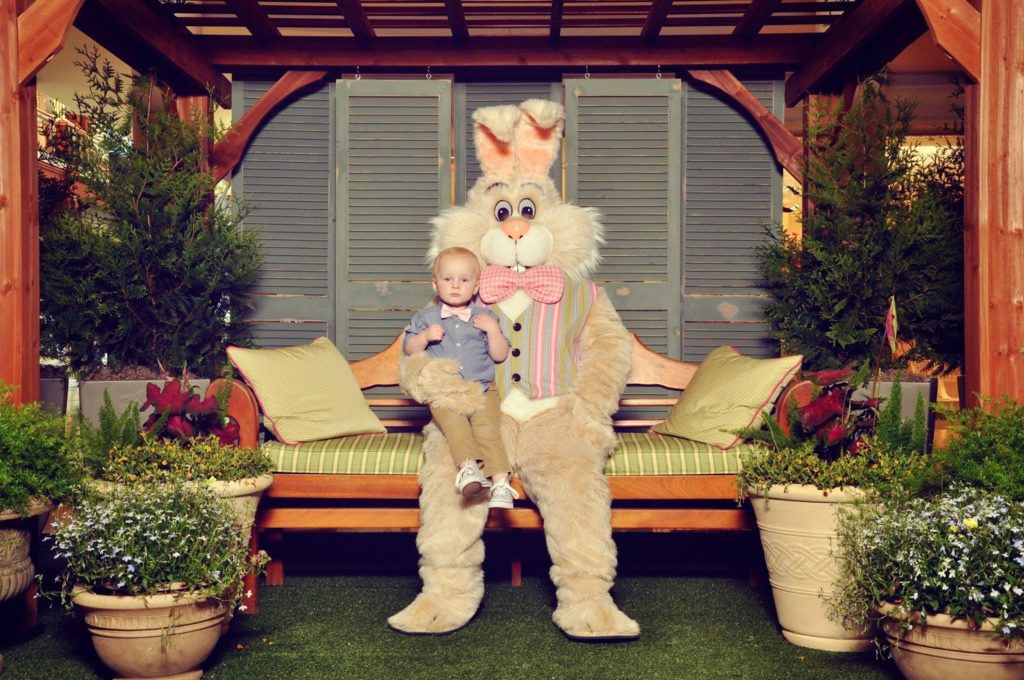 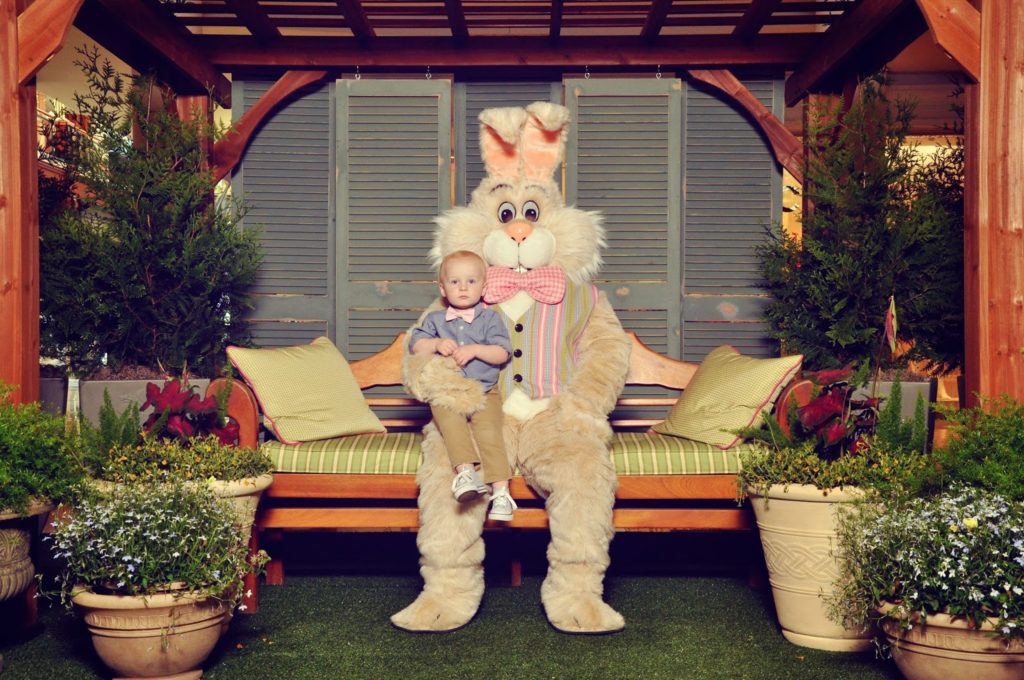 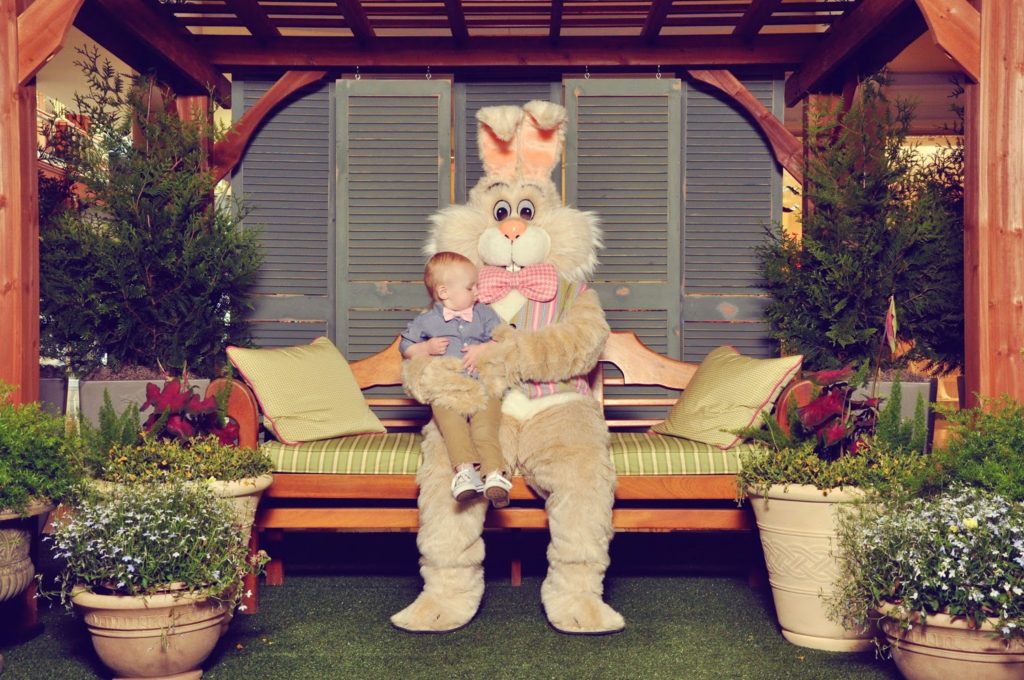 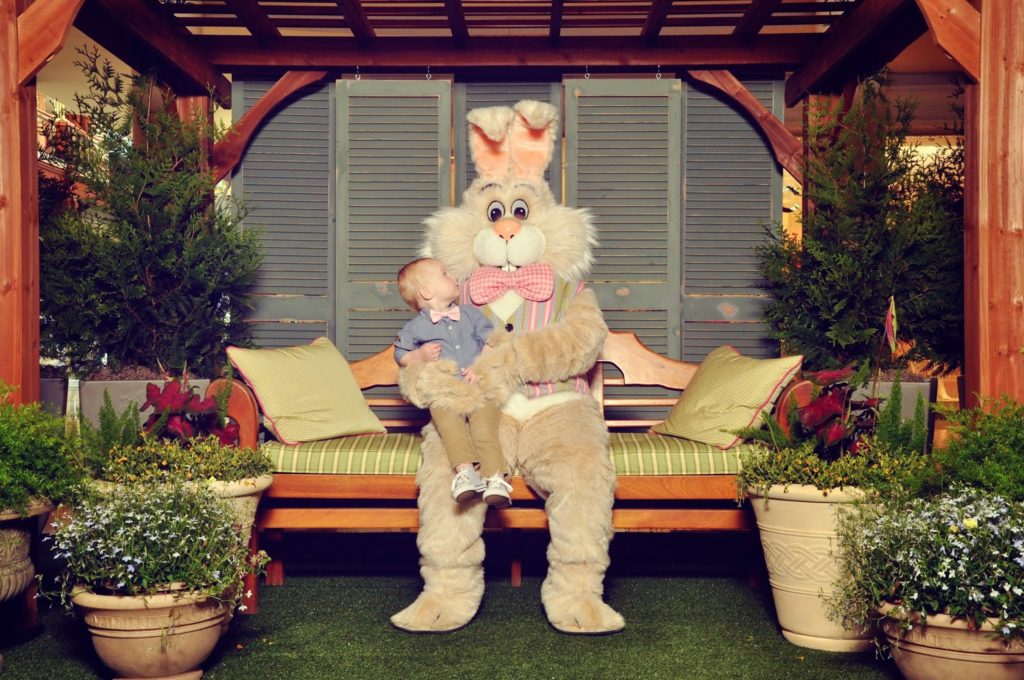 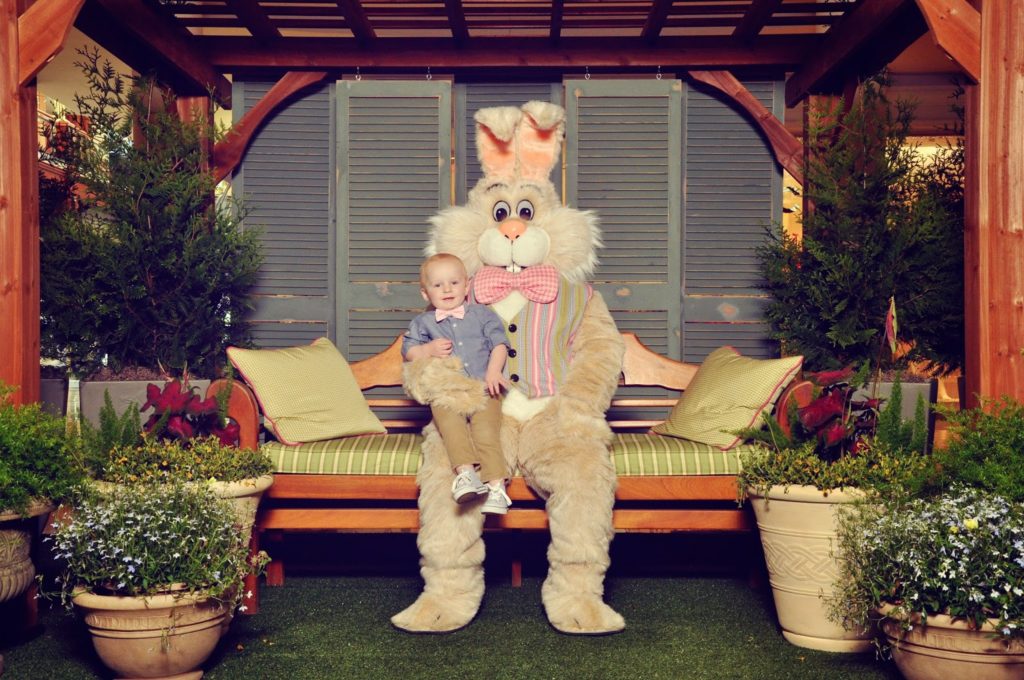 I had no intention of matching Henry’s bow tie to the Easter Bunny’s but it does look awfully cute. I found the shirt and bow tie combo on Old Navy for under $20. The sleeves are still a tad long on him (he’s in 18-24 month) so I rolled them up which I think looked better. Henry is finally getting some hair in and I just love making a side part with it. He is following in my footsteps in the hair department. I was nearly bald until I was two and people thought I was a boy. 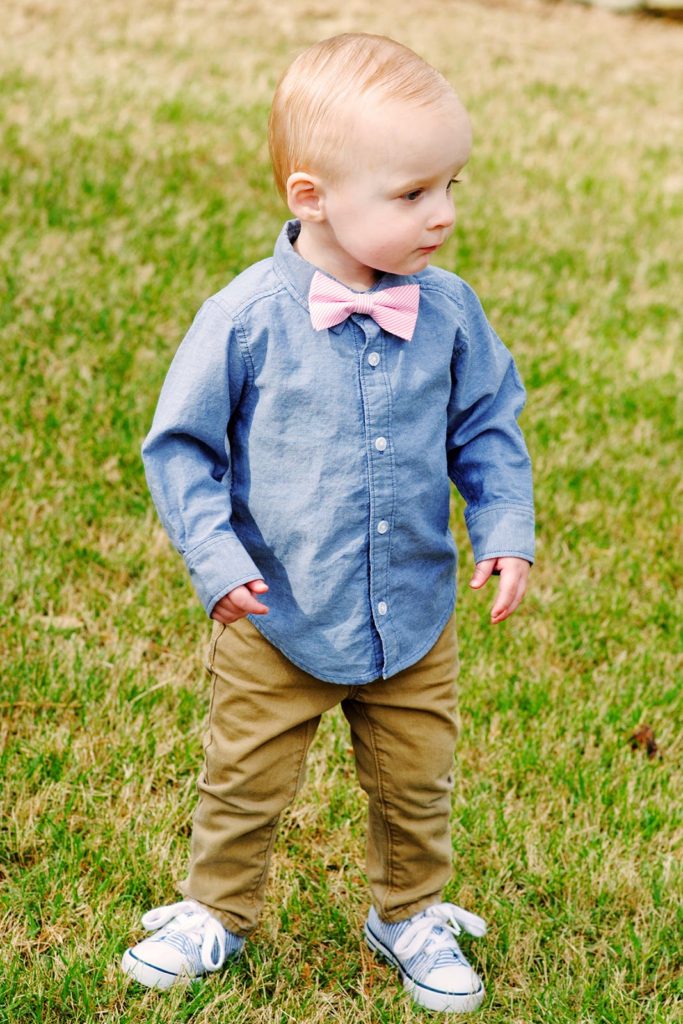 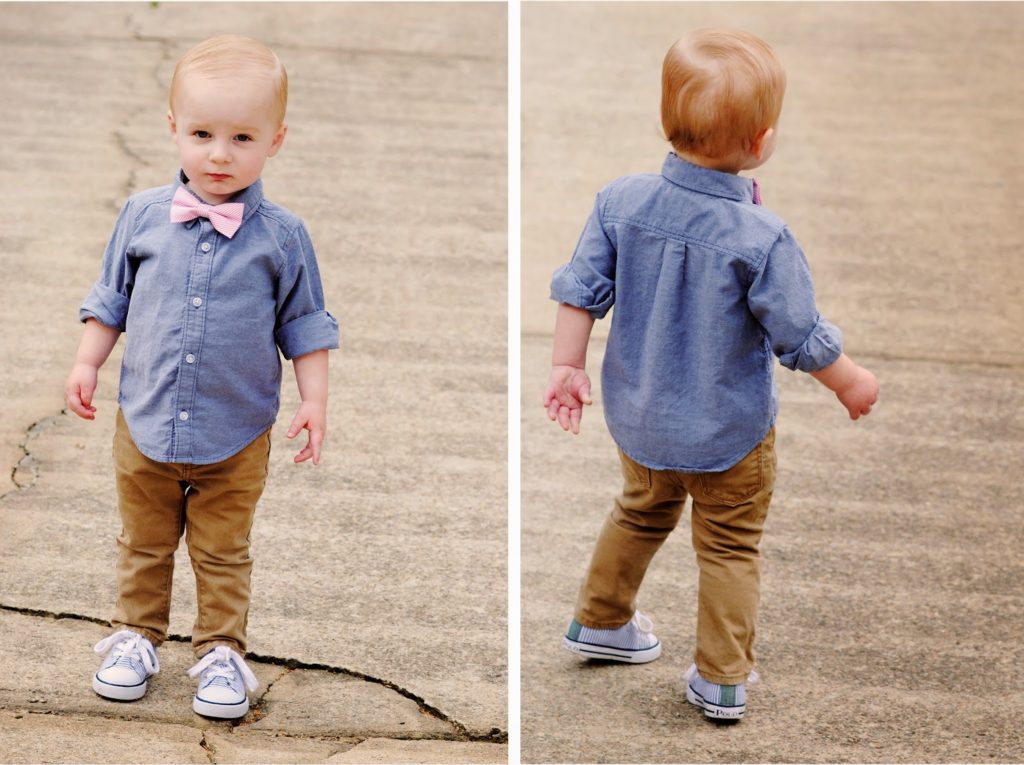 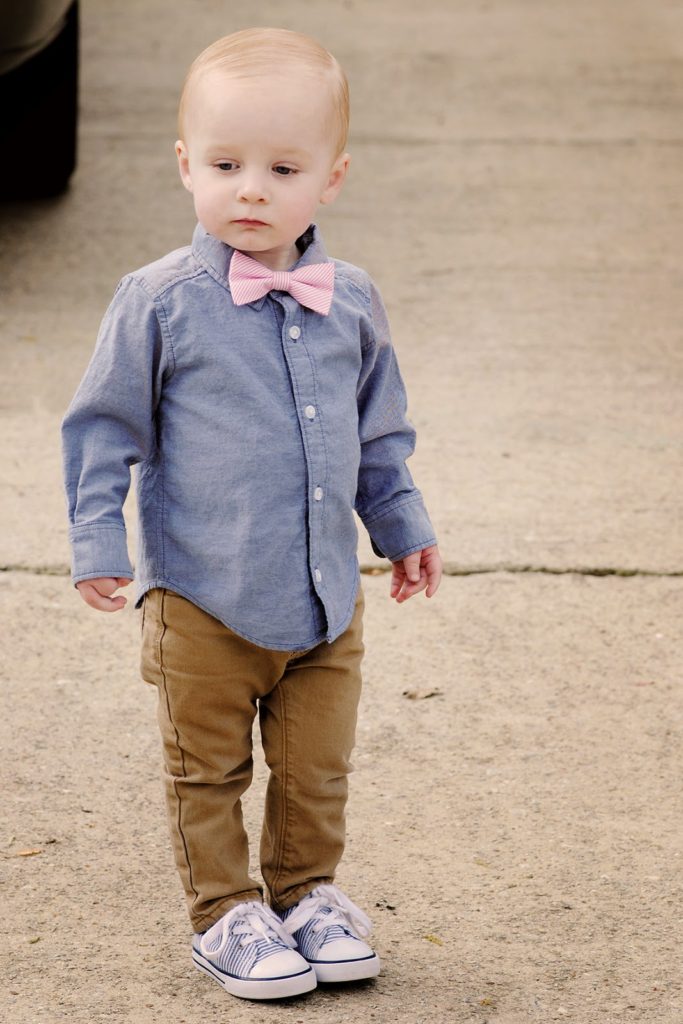 shirt with bow tie / jeans: old navy (sold out similar here) / shoes: polo from last fall, sold out.
We’re so excited to do an Easter Egg hunt this year and for Henry to find his basket from the bunny. I have it all stuffed and ready and will post soon on the goodies 🙂
52 Portrait Update (12/13/14)
Henry’s Easter Basket