Goodbye Christmas! Just like with your wedding or the birth of a child, the excitement for Christmas is there for months and then it quickly comes and goes. I am always sad when it is over 🙁 This year seemed to sneak up on us and we didn’t get to do all the activities we wanted, but we still enjoyed our holiday season together. Christmas Eve morning we set out early to do some last minute shopping at Target, came home for naps and breakfast, then headed out to the Forum for a few stocking stuffers and lunch at La Parrilla. Henry has been obsessed with “dipping” his food lately into sauces and then eating them (or just licking the sauce off) so he spent a good chuck of lunch licking ketchup off of soggy fries. So gross and cute at the same time. At around three we headed over to my grandmother’s house for Christmas Eve dinner and family time. The main dish was my mother’s sausage and mushroom pasta that we have every year and my husband looks forward to it more than anyone. We headed home around eight, put Henry to bed and then played Santa. We had so much fun putting together his toys and laying out all the gifts. One of the best things about having kids is that you get to be one again too. 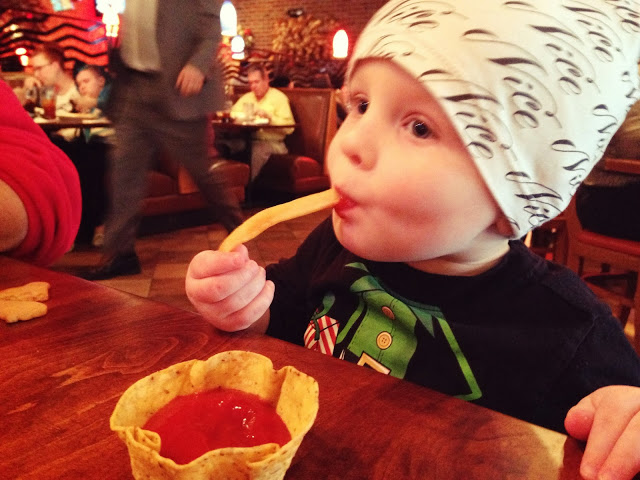 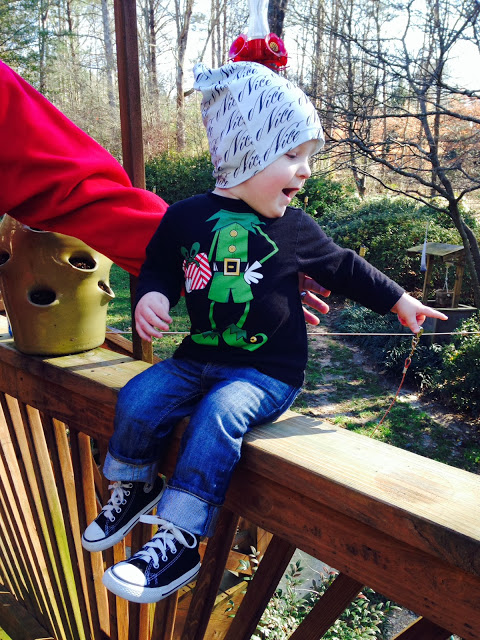 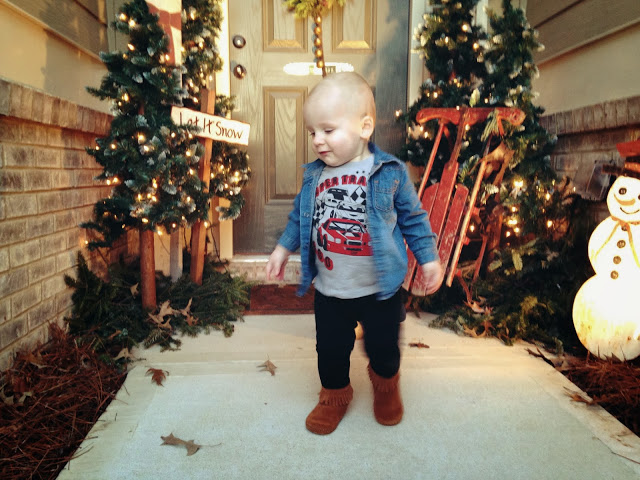 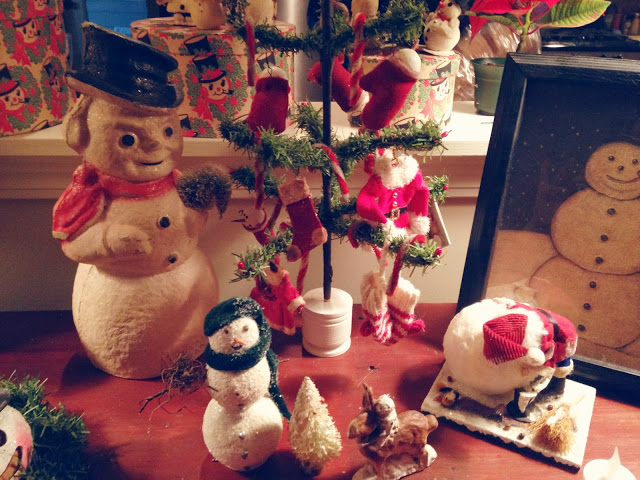 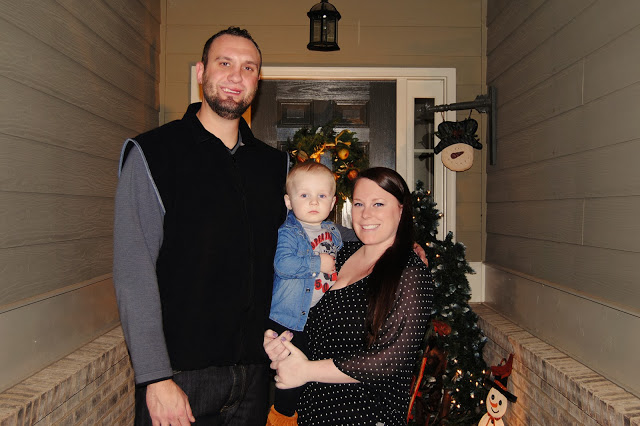 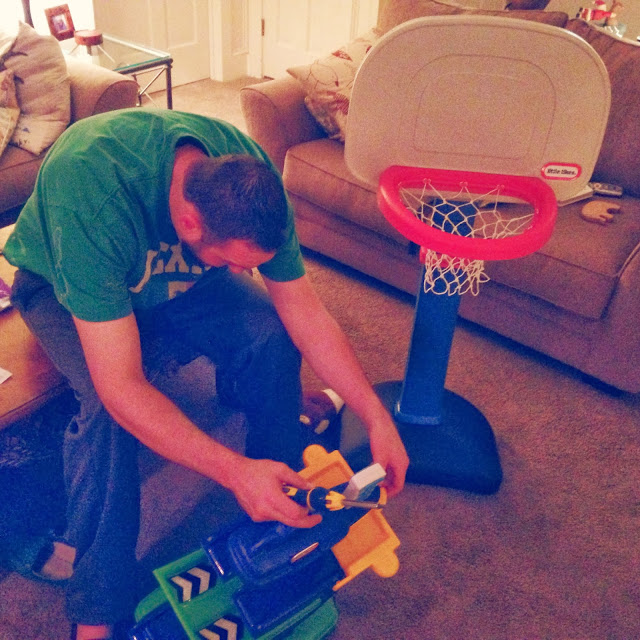 As usual, I could hardly sleep Christmas Eve night and either could Henry, as he woke up at 5:45am. Usually I would be bummed about this but since it was Christmas, I was so excited to start opening presents.  He looked so cute when I went to get him from bed, in his Santa jammies. 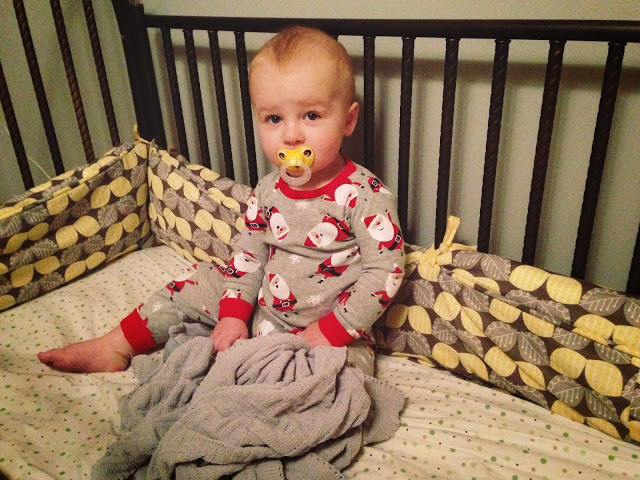 We headed downstairs and got some cute videos of Henry’s face seeing his presents for the first time. He loved the basket ball goal and was trying to put everything he could find in the basket. I think he is still a little young to understand Christmas because he really could have cared less about unwrapping the gifts. We would open his gift and give it to him and he would be really into it at first, but then he would go off and find an old toy to play with. While he was playing with toys old and new, Jan and I opened our gifts from each other and I loved everything he gave me. They were all so perfect and each one was thought out. He really does know me well 🙂 I made Henry some reindeer pancakes and he helped (or at least he thought he did) and then he went down for a nap, not even getting to finish opening the rest of his gifts. While he was sleeping, we finished our last few gifts, had a yummy breakfast (chorizo, eggs, hot sauce and avocado cooked in a cast iron skillet), relaxed with some mimosas and watched A Christmas Story. 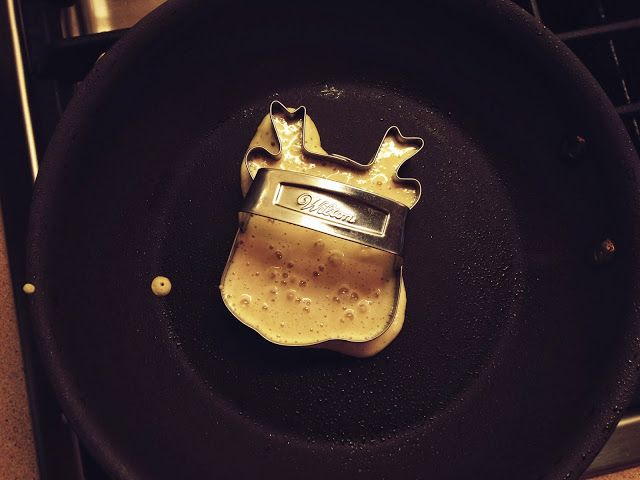 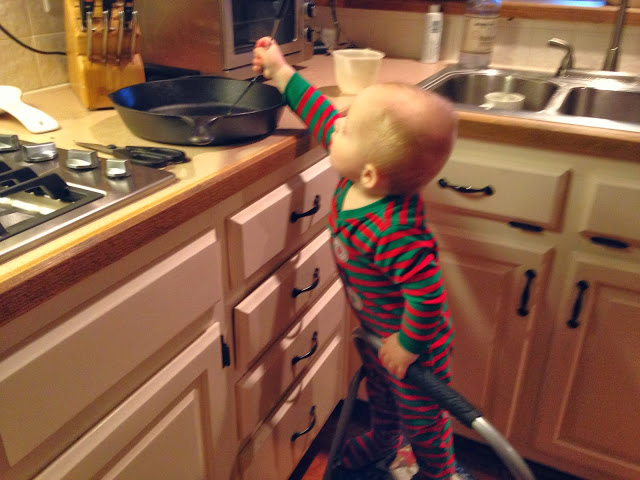 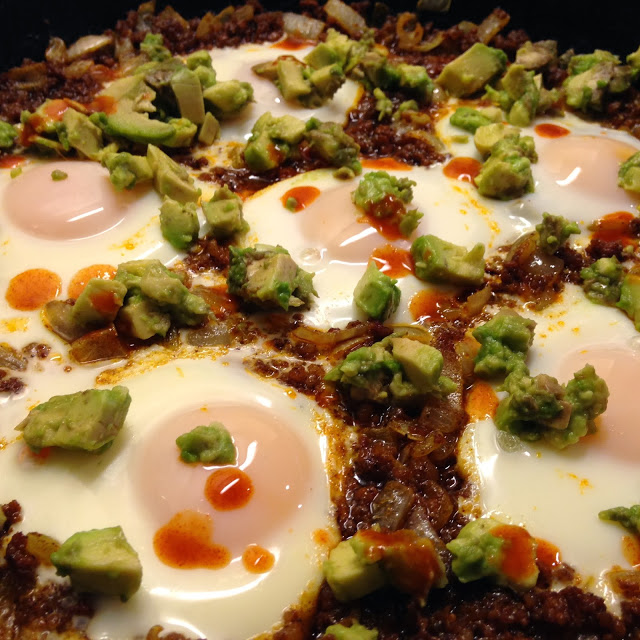 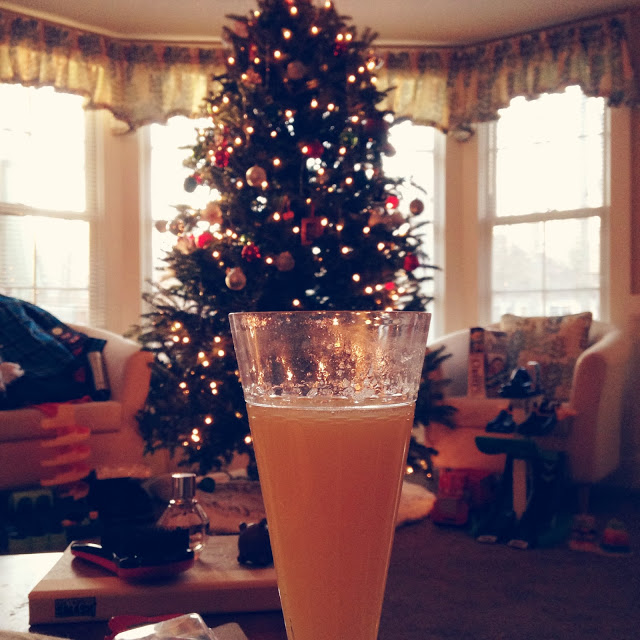 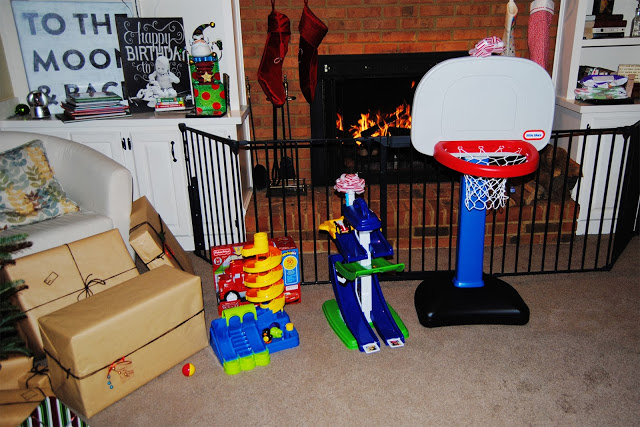 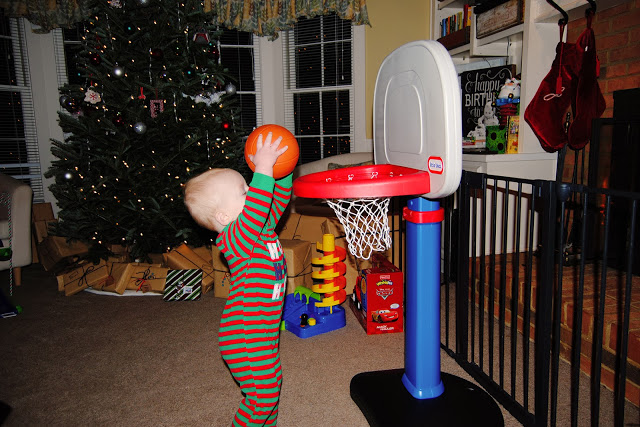 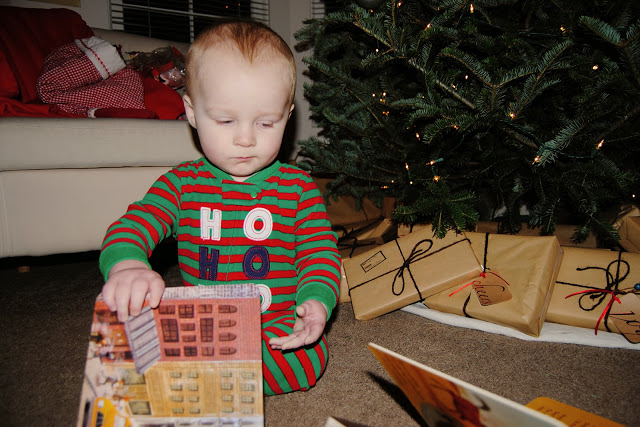 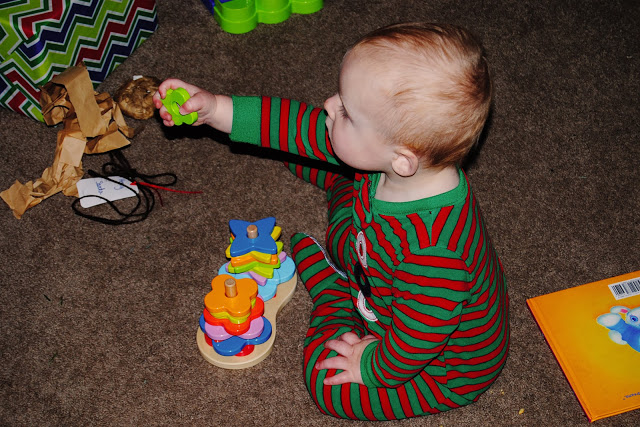 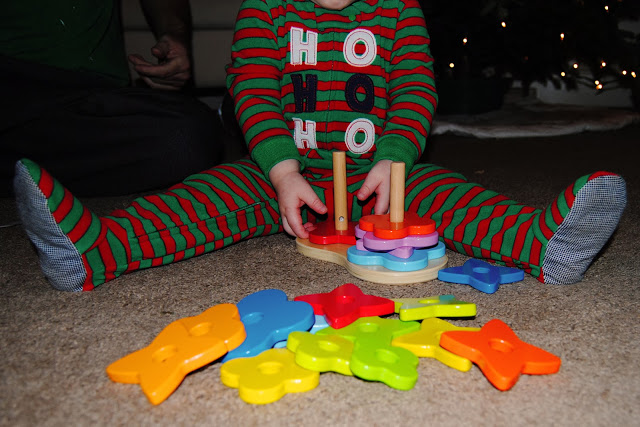 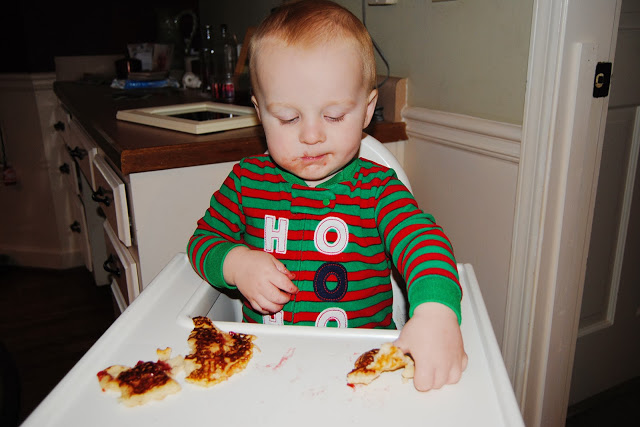 We headed over to my mom’s house around one for some more family time and dinner. Jan was part of the cook crew with my Uncle Randy and my mom. They made such an awesome meal and it was definitely a labor of love (over 3 hours of cooking!) I wish I could have gotten more pictures of the food but the day was so busy catching up with family and chasing after Henry consumed a lot of my day. 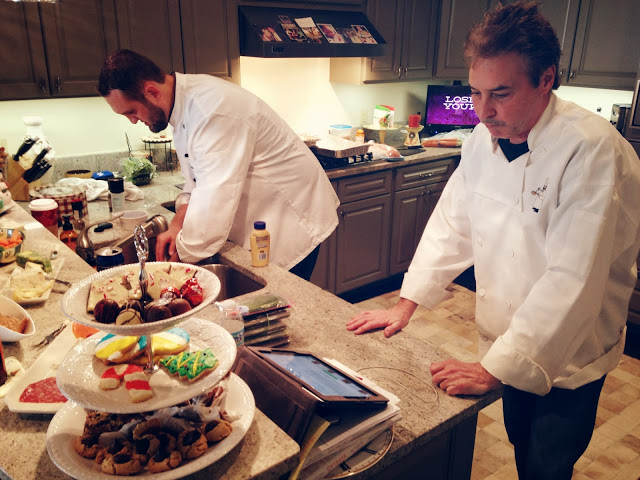 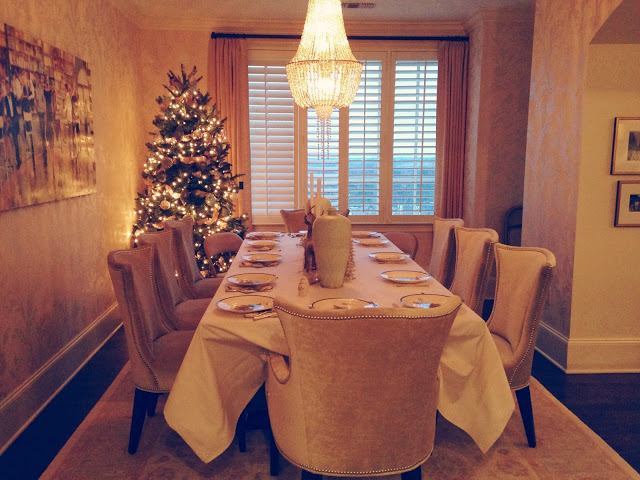 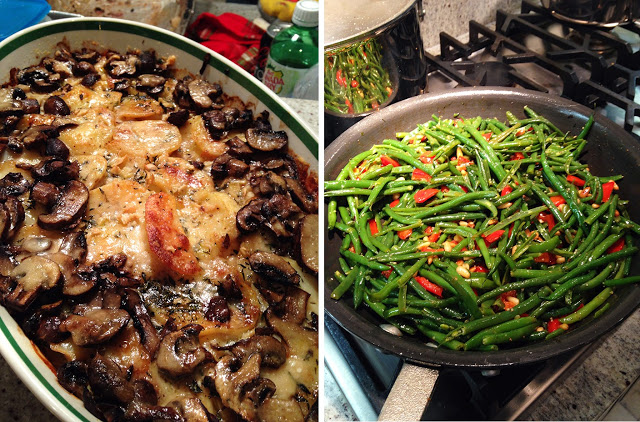 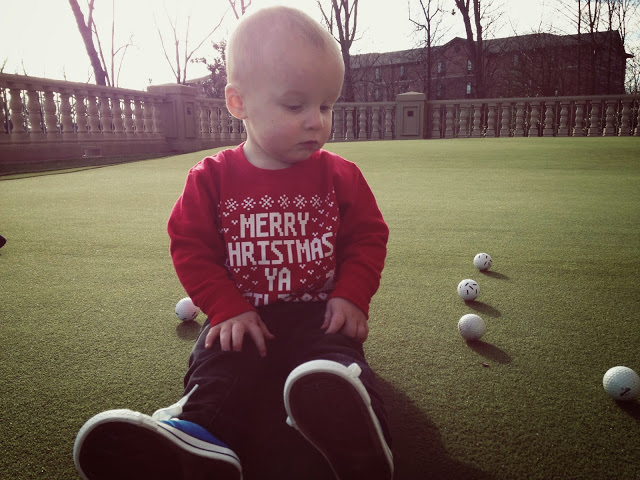 I loved Henry’s Christmas outfit. This sweatshirt was found on Zulily a few months back and I couldn’t resist. After all, Home Alone is one of our favorite movies of all time. He wore it with some skinny jeans from Gap and his new blue converse. The grouch look on his face goes with the saying “Merry Christmas ya Filthy Animal.” He wore it well. 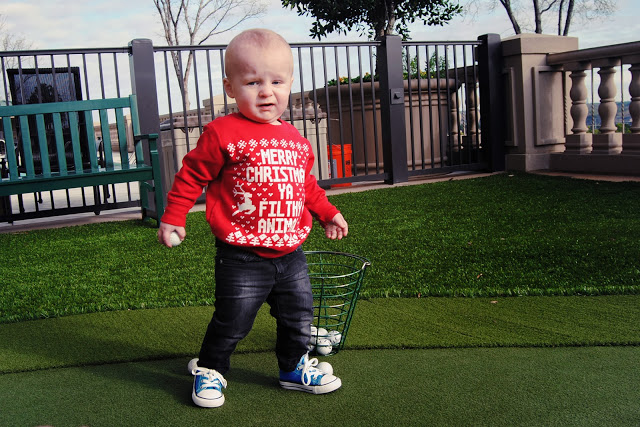 I hope everyone had an amazing holiday season and great Christmas. We are excited for 2014 and the great things to come. xoxo